More than a thousand athletes participated in the first-ever triathlon held in New Clark City from
October 19-20, 2019. The event, organized by the GoClark Sports and Events and the Bases
Conversion and Development Authority (BCDA), welcomed participants from all ages with the
hosting of the Kids’ Triathlon, fun run, and the major triathlon race.

“We’re fortunate that a lot of athletes and spectators supported the event. Hopefully these sports
facilities will eventually help promote wellness and healthy living for many Filipinos. Seeing the
faces of the participants, they were so happy. It’s just the beginning of what’s more to come [here
in New Clark City] in the next few years,” BCDA President and CEO Vince Dizon said.

Dizon added that the race was another opportunity to test the sports facilities before the 30th
South East Asian (SEA) Games which will run from November 30 to December 11. Official Test
games will start next week and will be participated by international athletes.

Participants raced at the world-class Athletics Stadium, Aquatics Center, and the new access road
from New Clark City to the Subic-Clark-Tarlac Expressway which will boost connectivity in Central
Luzon.

There were also para-athletes who joined the race.

“This event proves that you don&#39;t have to be an elite athlete to do this sport,” says GoClark Sports
and Events Director Jumbo Tayag.

“[For] Filipino athletes, to do the SEA Games in front of the home crowd is one of our biggest
opportunities to promote our sport, triathlon. To showcase that we are good in endurance sports
and that it should be given so much funding,” Gold medalist triathlete Nikko Huelgas underscored.
“Kasi ‘pag tinutulungan ‘yung Philippine sports mas naiinspire ‘yung buong bayan to engage in
sports and nabibigyan ng opportunities ‘yung mga tao magkaroon ng magandang buhay. Sports
gives you a better life.” 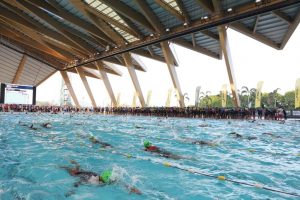 The inaugural triathlon in New Clark City held Sunday, October 20, attracts hundreds of participating athletes as the multi-sport event also showcased the new and world-class facilities, such as the Aquatics Center and the Athletics Stadium. 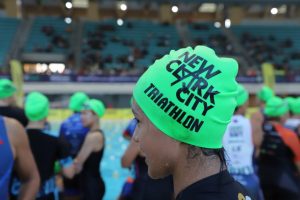 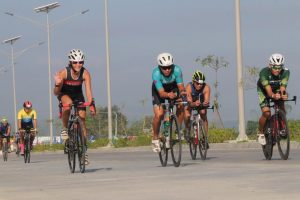 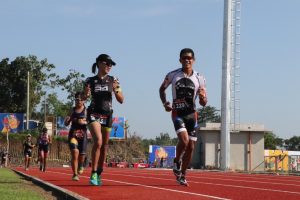 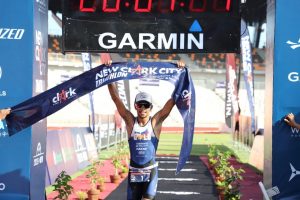 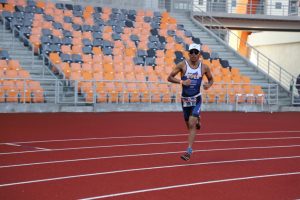