TARLAC – Celebrating its return as a hotspot for tourism and sports, New Clark City welcomed back visitors on May 28 and 29 with a vibrant public event packed with music, art, wellness and all things about living a life well lived.

Athletes, fans, nature lovers, local musicians and Zumba dancers pumped energy back onto the streets and sports arenas of this rising metropolis, two years after closing its doors and restricting access to the public due to the COVID-19 pandemic.

New Clark City, finished in just 18 months under the Build Build Build agenda of the Duterte administration, was poised to step up hosting of events and activities after it served as a centerpiece venue of the 30th Southeast Asian Games from Nov. 30 to Dec. 11, 2019.

Now that quarantine restrictions have eased and the country’s tourism industry is on the rebound, New Clark City is hitting the ground running starting with this weekend’s festivities.

“With the reopening celebration, New Clark City’s visitors got a glimpse, if not a reminder, of the promise of New Clark City for the Filipino nation. What we are building here is not just a venue for sightseeing and competitions, but a community where people can enjoy life in what is envisioned to be a smart, resilient and inclusive city of the future,” said Atty. Aristotle B. Batuhan, BCDA Officer-in-Charge President and Chief Executive Officer. 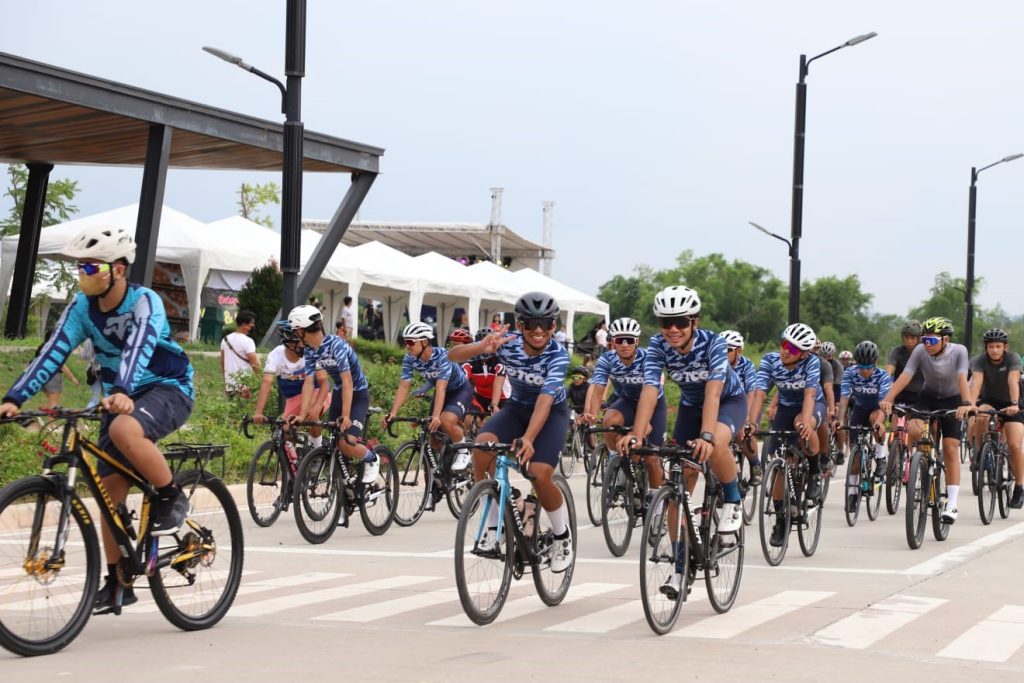 Over the weekend, hips were shakin’ and groovin’ to free Zumba sessions.

Adrenaline was in motion at the ceremonial bike ride and fun run on Saturday, May 28, around New Clark City, wherein bike enthusiasts, runners, participants from partner sports organizations, and some members of the BCDA staff put their endurance to the test.

The city’s night scene then came alive with the music of up and coming local bands at the “Twilight Delight” concert, showcasing the artistic talents and culture of Central Luzon. Food trucks were also on hand, serving tasty treats as spectators enjoyed the show.

Come Sunday morning, May 29, the competition switched to high gear at the first-ever New Clark City Cycling Race organized by sportswear company Twin Cycle Gear (TCG). Upstart cyclists as young as 18 years old up to the “masters” aged 49 and above pushed the pedal to the metal in their respective age bracket races.

Art in the city

Aside from sports and outdoor activities, visitors were also able to see up close the artworks of New Clark City against breathtaking vistas of nature – a stunning combination that gives this rising metropolis its unique cultural identity.

The 4.5-hectare River Park features art installations and sculptures of Kenneth Cobonpue, Bernardo Pacquing and Bea Valdes. Just outside the park at the Aquatics Center rotunda is Jude Tiotuico’s opus, which serves as a tribute to Filipino swimmers.

Viewing decks were opened to visitors at both the Athletics Stadium and Aquatics Center, which are architectural masterpieces themselves. In 2021, the Athletics Stadium was given a Highly Commended recognition by the World Architecture Forum (WAF) in the Completed Buildings – Sport Category. The Aquatics Center, meanwhile, features a prominent roof design inspired by the baklad, or the woven fishnet of local fishermen, as well as Capiz shells.

“New Clark City is building upon its heritage as a host venue of the 2019 SEA Games. The sports facilities were all built for the Filipino athlete and, of course, the Filipino people. By making the sports venues here accessible to the public, we want more of our countrymen to experience the same kind of excitement and national pride that was felt during the Games,” Batuhan said.

Despite its limited use over the past two years, Batuhan assured that the facilities at New Clark City have been well-maintained.

Even before restrictions were eased to Alert Level 1, the Aquatics Center last year hosted two sports bubbles, specifically the pre-Olympic swimming camp of the Israeli swimming team and the PSI National Swimming Selection Meet. More events have been lined up in New Clark City since then.

New Clark City also immediately bounced back and resumed the implementation of projects, including the construction of the National Academy of Sports and other infrastructure developments.

Batuhan said, “We at the BCDA invite the Filipino people to come over and experience New Clark City. Now that we have reopened its doors to the public, the action and excitement in New Clark City only gets better from here.” 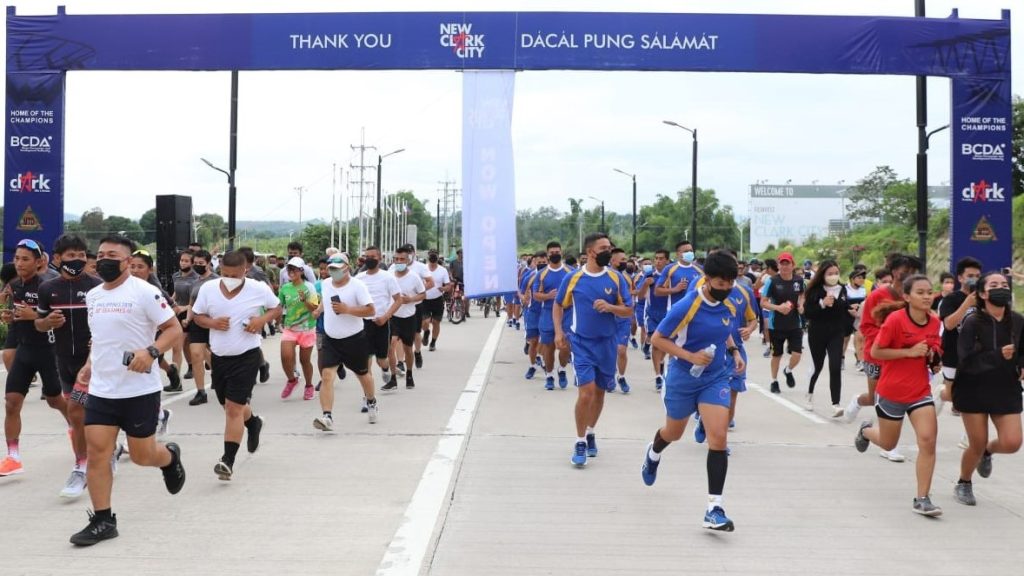 Bike enthusiasts, runners and participants from partner sports organizations join the fun run and bike event after the unveiling of the ceremonial banner for the reopening of New Clark City.

Dancers and fitness buffs participate in the first of a series of free Zumba sessions as part of the New Clark City grand reopening weekend event on May 28 to 29, 2022. BCDA photo 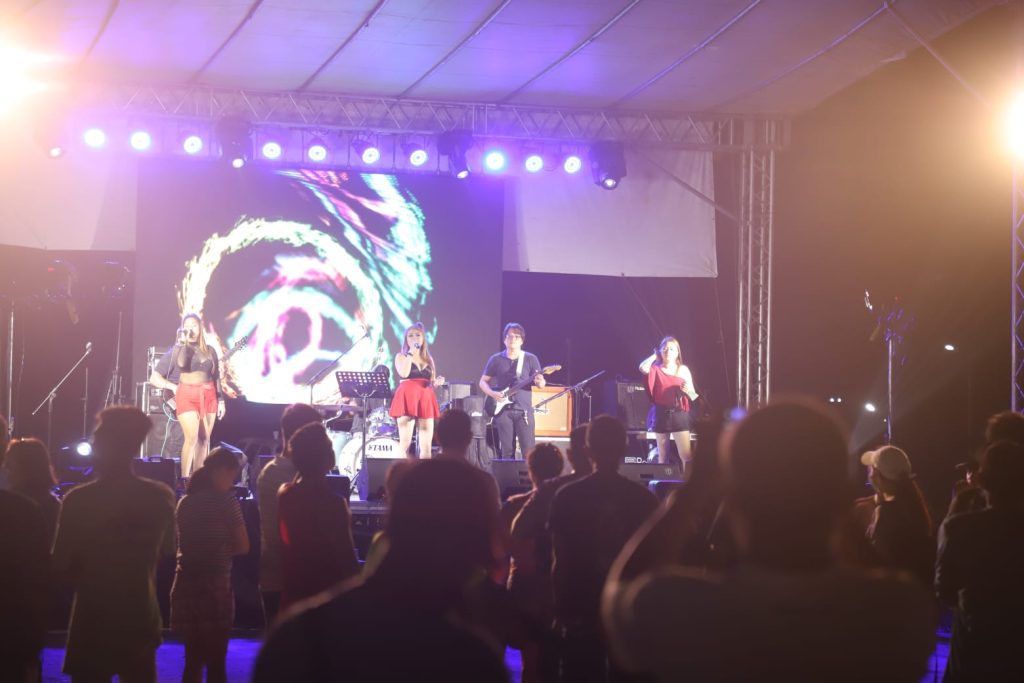 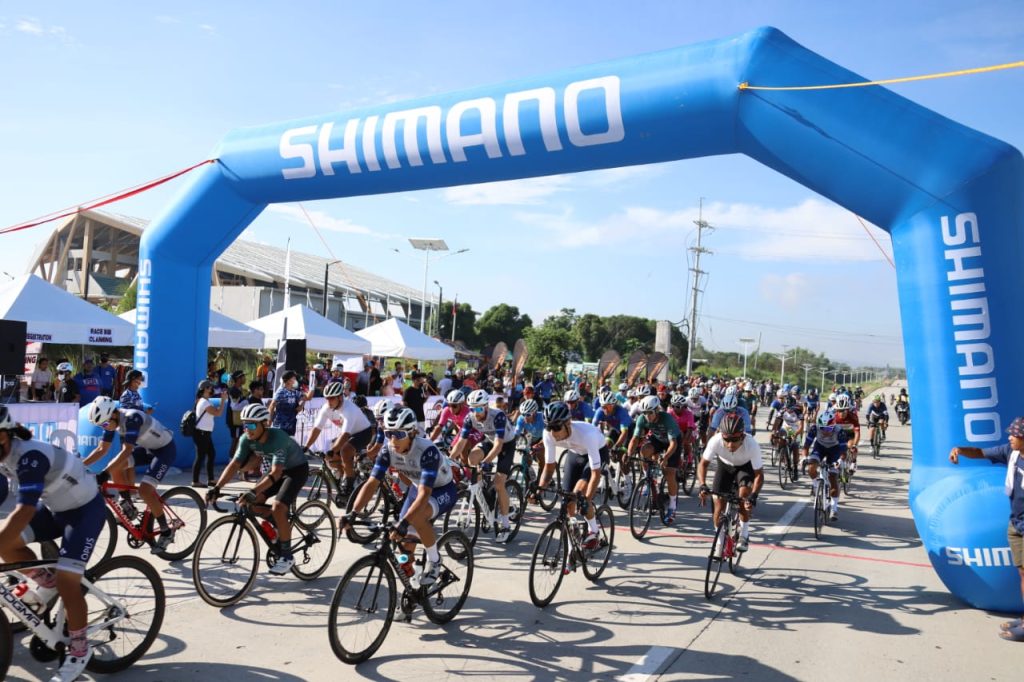 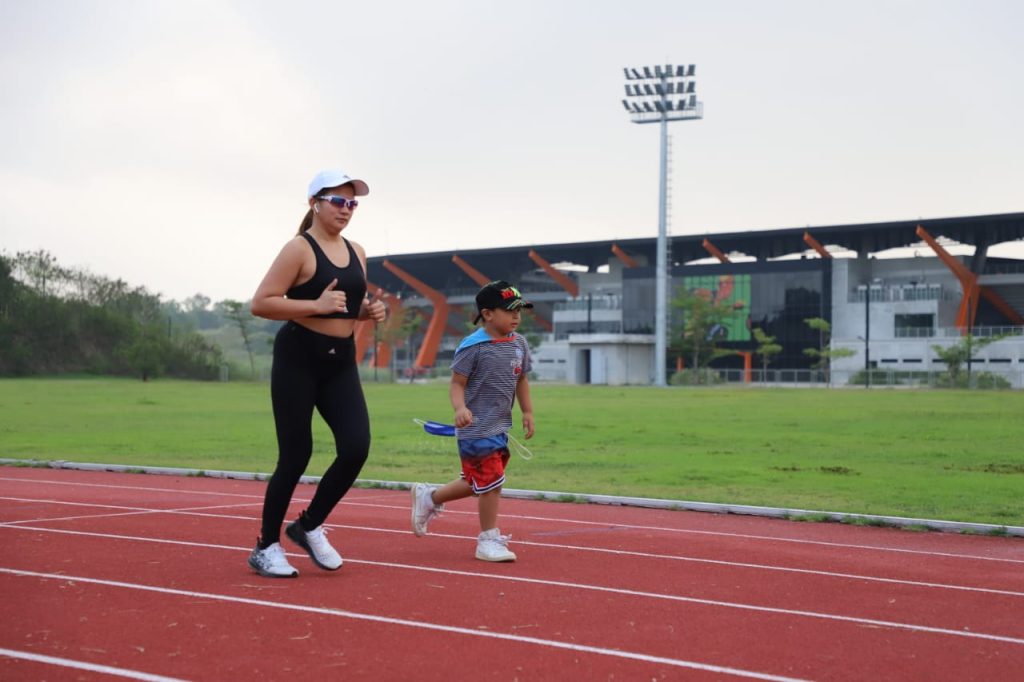 Early morning joggers are welcome on weekends at New Clark City, which reopened after two years of limited access due to the pandemic. BCDA photo 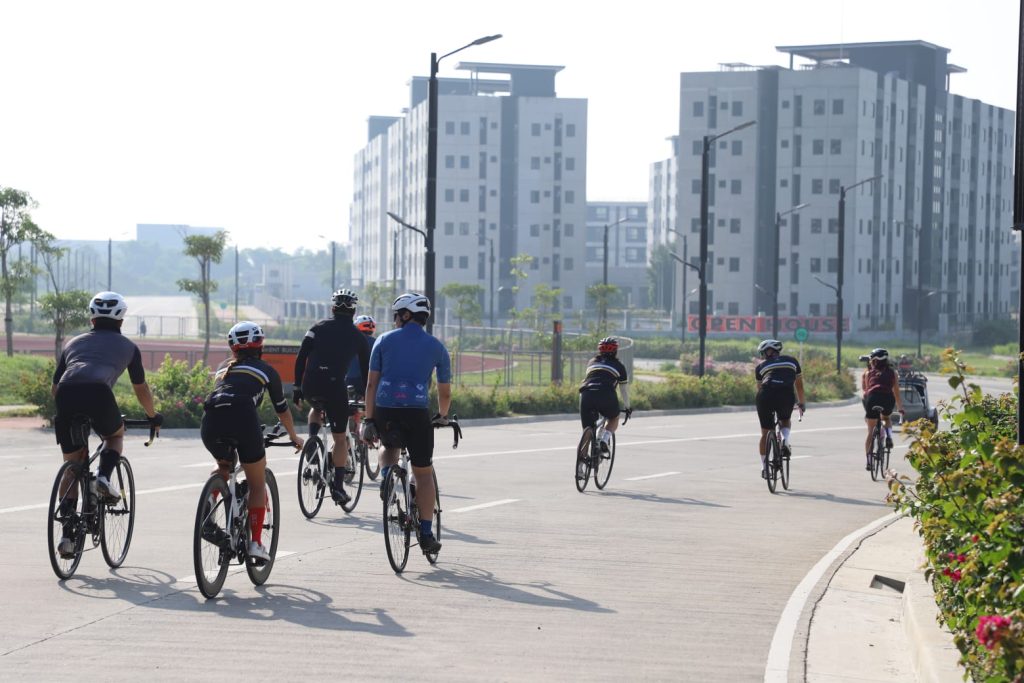 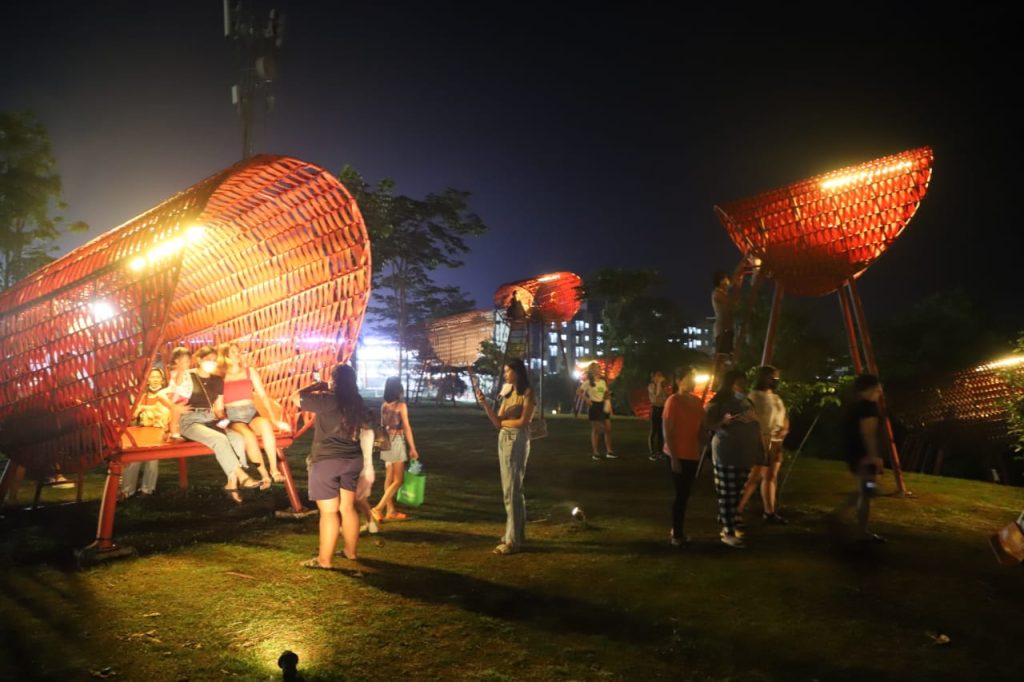 Visitors take a relaxing evening break at the River Park of the newly reopened New Clark City. Art installations and sculptures of Kenneth Cobonpue, Bernardo Pacquing and Bea Valdes are on display at the River Park. BCDA photo