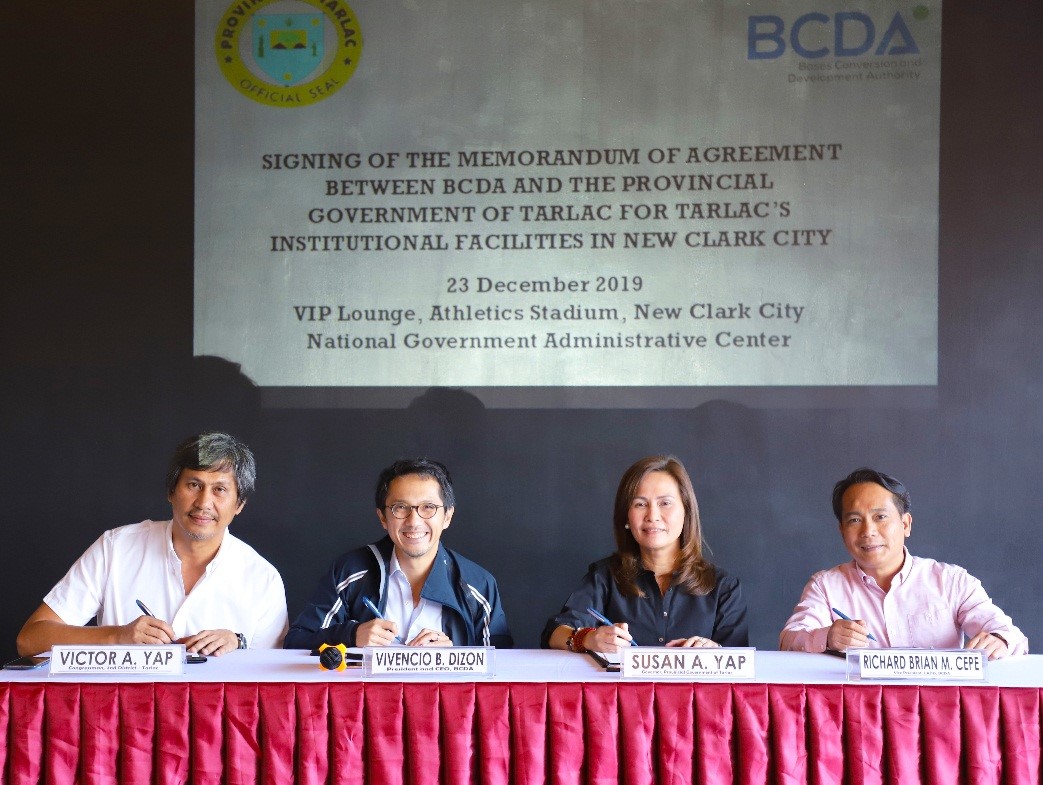 The provincial government of Tarlac will soon establish and operate its offices, as well as other
institutional facilities in New Clark City.

A memorandum of agreement was recently signed between the Tarlac provincial government
and the Bases Conversion and Development Authority (BCDA) for a 52-hectare land within
New Clark City, the country’s first smart, green, and resilient metropolis.

“Finally we have a place in the center [of the] biggest hub, the most vibrant place in Central
Luzon. To be part of it and to be in it is such an honor and a privilege for the TarlaceÃƒ±os,”
Governor Susan Yap said during the signing of the MOA.

Under the agreement, the five-hectare portion will be allocated for the development of Tarlac’s
offices. The other 47 hectares will house the provincial government’s other institutional facilities.

Yap praised the development of New Clark City as she expressed gratitude on the “outpouring of
the rate of investments of the national government in the region.”

Located in Capas, Tarlac, New Clark City has garnered strong interest from local and foreign
investors, especially following the successful hosting of the 30th South East Asian Games (SEA
Games). Phase 1A of the New Clark City development is the site of the world-class sports
facilities used in the SEA Games.

BCDA President and CEO Vince Dizon said the agreement is in line with the vision to make
New Clark City an inclusive development.

“It is important for us to have a partnership with the provincial government and the LGUs
because we want New Clark City to be the most inclusive development in the country. Hindi
lang ito salita. Gusto natin ang unang magbe-benepisyo dito ay yung mga residente ng Tarlac,”
Dizon said.